Our Origin Story - A Family Business

Our story is something that is constantly evolving as is our pursuit of new technology for the sake of a better future. 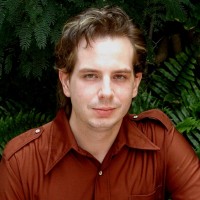 Hi, my name is Marco M Burlet, together with my wife Deborah A. Daoud we founded in 2008 this family business. Initially me and my dear departed father Matthias Burlet (1938-2012) started to work on a project called Plasmacor (http://www.plasmacor.com), in which we invested all our personal finances, efforts and dreams. After 7 years of research and development with many sacrifices we finally archived what we think is the most efficient renewable material in history.

We invented and patented a material that is 85% green, which means the majority of the volume is a plant based resource, the remaining 15% is fiberglass, polyester and a binder (for the Headstones it would be Granite Powder, or can be Concrete, Marble, Sand etc. Powder), furthermore it is possible today to manufacture Polyester from plants, like Corn or Mango, but for the moment a little overpriced.

Plasmacor was invented in 2006, and my father Matthias Burlet (1938-2012), whom came up with the idea to use it for Headstones (which is an additional application, originally it was meant as a construction material), and after many trials, prototypes and tests was developed into a Headstone Material, and then we had to develop an entire new process to create Headstones. After 2 years we founded our company Millennium Headstones Corp. in 2008, with the idea to create high-tech headstones, that are ahead of their time, with advanced materials that have been developed over many years, these advanced materials used in the process of making these Headstones, come from proven know-how and are used in high-end industries, of Space (for example Nasa), Aviation, Marine, and Construction, including the Government, and the US Army.

Starting in the year 2008 together with my wife Deborah A. Burlet-Daoud, we began this ongoing adventure of creating a memorial manufacturing company with the intentions to revolutionize the Headstone and Funeral industry.

We also believe in the environment and want to reduce the pollution and environmental destruction associated with traditional headstone manufacturer. Our initial goal was to start marketing these Headstones, and since we had no background with the funeral industry it took us time to understand, that cemetery and funeral homes were going to have to carry our product, because the industry is very traditional it was not easy to gain access.

In recent times more and more funeral homes and cemeteries are interested in our product, because of the demand from customers who wish to have a more unique, and advanced product. Over the next years we refined our manufacturing methods, and quality control, it took us about 4 years until we decided that the Headstones are ready for the market. We build up a manufacturing facility in Miami, Florida, and are dedicating their efforts to manufacturer a high quality product in the USA. 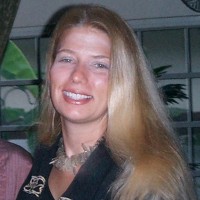 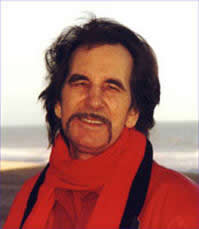 Matthias Burlet (1938-2012), who is the inventor of Plasmacor and founder of Millennium Headstones Corp, has a rich background, was a construction consultant, an engineer who was specialized in product development, and during the past two decades has been contracted to design and manufacture a wide range of different products.

He received his degree of Civil Engineering at the ETH (Eidgenoessische Technische Hochschule) in Zurich, Switzerland, where he has his own commemorate nameplate next to Albert Einstein. He had participated at several competitions, including at the Palexpo Exhibition of Inventions in Geneva, Switzerland resulting in many Bronze/Silver/Gold Medals awards. He was specialized in composite materials such as fiberglass, polyester, carbon fiber etc. for the marine, aviation and construction industry.