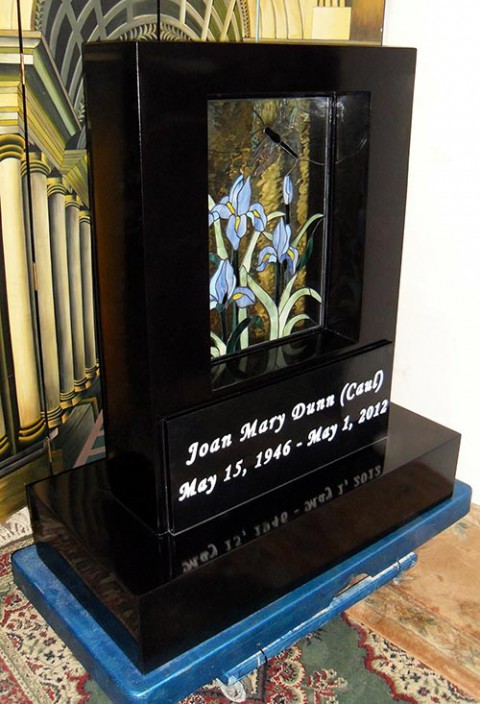 These are the final pictures of a custom made headstone order that was shipped to Canada, with specific measurements, and was made with a custom designed stained glass, designed by us, and then was handmade in California. The stained glass is protected by an impact proof glass. The nameplates are handmade with in-layed white […] 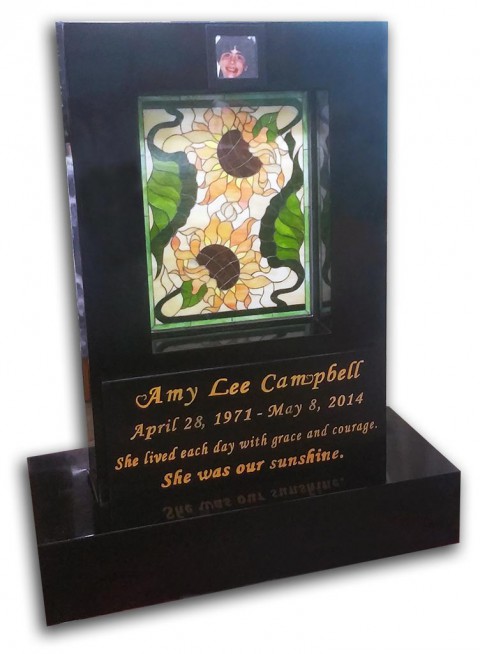 This is the final product, of a custom made upright Headstone that was designed for the customer. With a tempered (impact proof) triple sealed custom handmade Stained Glass, the design is two sunflowers form a symmetric shape which looks harmonic, this project took over 250 hours of work . The nameplate is also handmade with […] 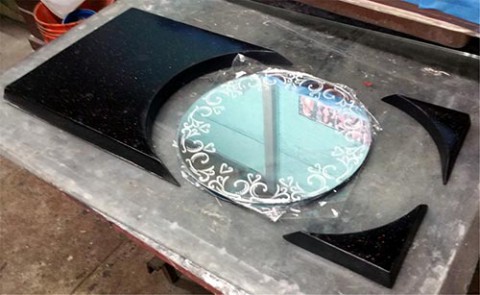 Finished Mold building process of the “optional extension” for the Flat Marker. Pictures of the finished Nameplate  and two corner pieces. Also pictures of the mirror that will contain the stained glass image. The project so far took 120 hours of work . 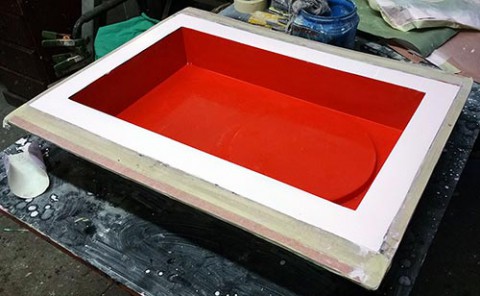 Continued Mold building process of the “optional extension” for the Flat Marker. With the ring repaired, it was being prepared for gelcoat spraying, by taping off the area not to be sprayed. The color pink was chosen because it would make the manufacturing process easier, and we would possibly never make a pink memorial. The project […] 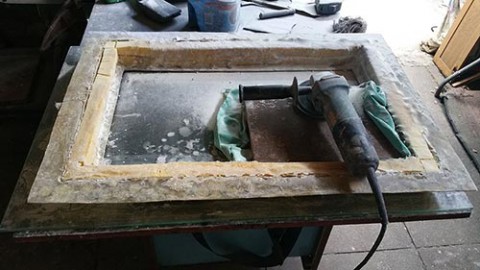 Continued Mold building process of the “optional extension” for the Flat Marker.     The project so far took 60 hours of work .

Continued Mold building process of the “optional extension” for the Flat Marker. Repairing the Ring around the Flat-Maker Mold, damaged due to the copy process of forming the Plaq. Also needs to be sanded and filled to become an even surface, where later the Upper Extension Frame is put together. The project so far took 30 […] 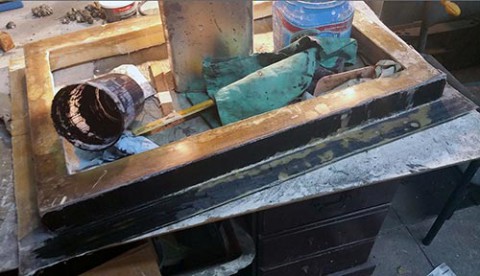 Mold building process of the “optional extension” for the Flat Marker, due to a custom request. We began the extension mold by forming a “crude” version, also called a Plaq, from where the inverted mold was formed. Now beings the sanding and filling process to archive the shape needed without creating bumps, and making straight lines. […]

Installation of an Upright Headstone with Pictures

Installation of an Upright Headstone with pictures. This installation was done in Immokalee in Florida, it took two people and a total of 60 minutes to complete the permanent installation. 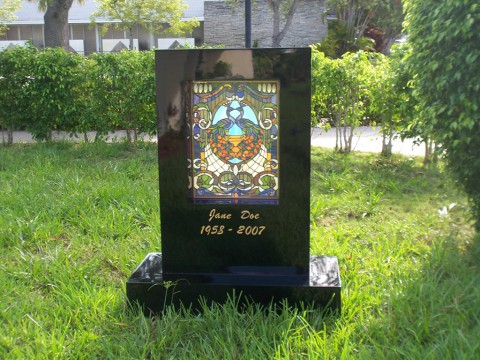 Pictures of the second prototype Headstone that was sold, with the Peacock stained glass. This headstone had only “mock” letters, and was not actually engraved, until it was sold.

Prototype of the first developed Headstone 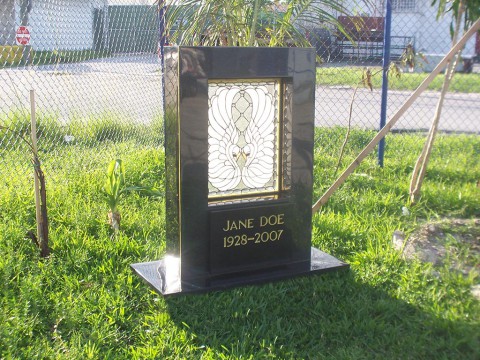 Pictures of the first Prototype Headstone that was later sold, with the Swan Themed stained glass called Elysium This headstone had a Jane Doe Nameplate that was actually engraved. The first developed headstone, including the molds for manufacturing costed an initial investment of $50-60,000, which was all founded privately.